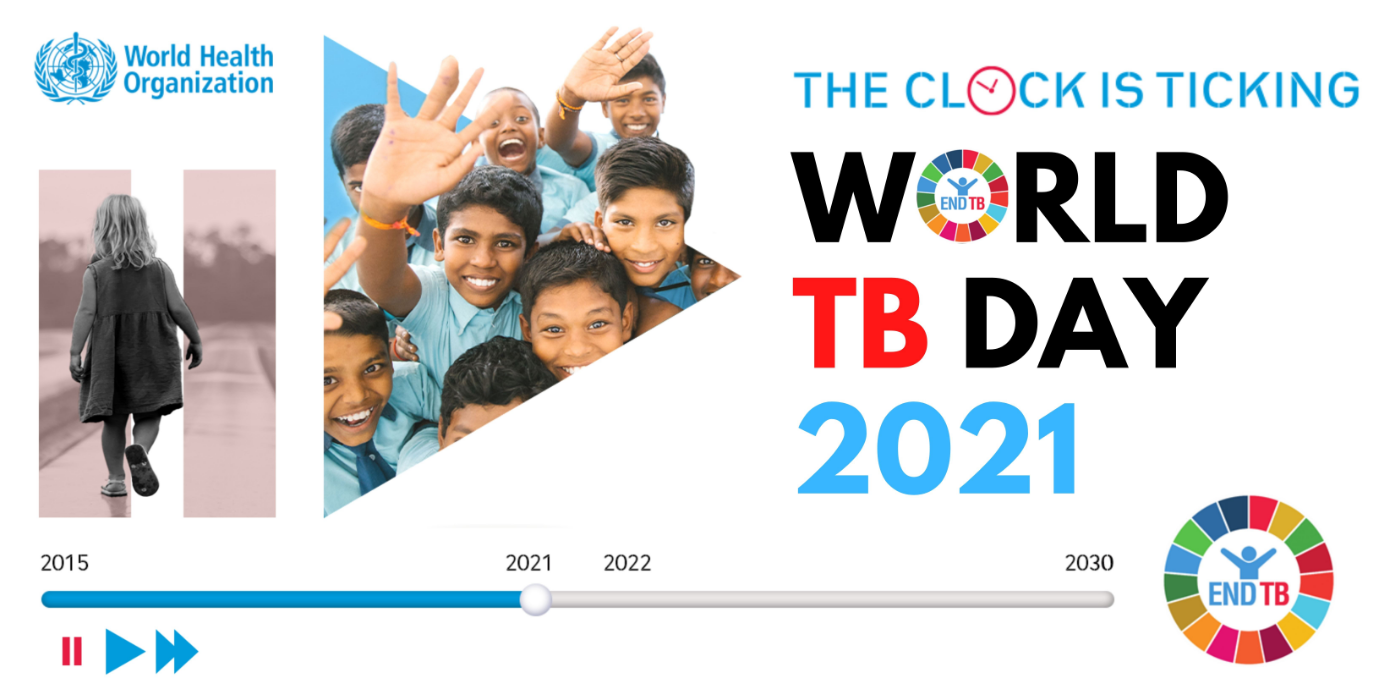 World TB Day is for the people all around the world tackling tuberculosis (TB) to work together to raise public awareness about the devastating health, social and economic consequences of the disease, and to step up efforts to end the global TB epidemic. The date marks March 24 in 1882, the day Dr. Robert Koch announced the results of his research on the disease, revealing that TB was caused by mycobacteria. His discovery allowed the development of diagnosis techniques, a vaccine and a cure.

With the theme of “THE CLOCK IS TICKING” the WHO is promoting World TB Day 2021 via a series of campaigns. World TB Day is a reminder that this terrible disease is still here and, despite the considerable improvement, will require more work and efforts to eradicate.

To this end, Institut Pasteur Korea is standing at the front of the global efforts!

Tuberculosis (TB) is an infectious disease typically affecting the lungs, spreading from infected persons through aerosols, generated while coughing, spitting, or talking. There are also asymptomatic cases (presenting no symptoms, latent TB), but these persons remain at risk of transmitting bacteria to others and reactivating the disease later. Like COVID-19, the use of face masks, social distancing and strict quarantine can drastically reduce the spread of TB. 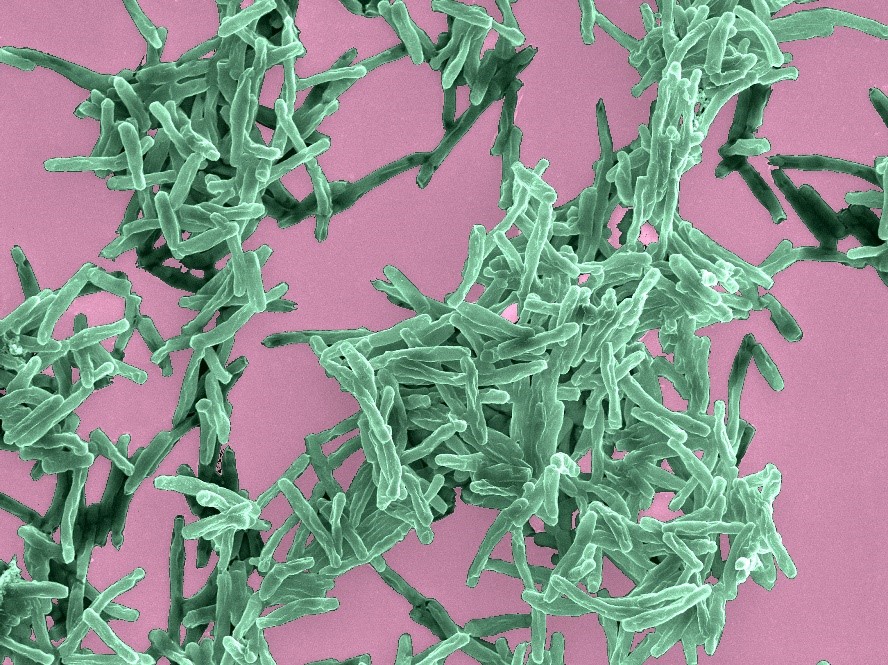 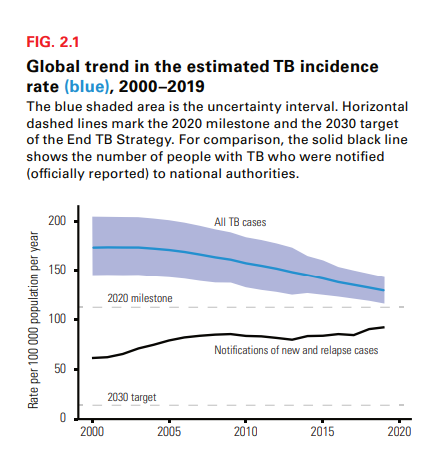 TB is a leading cause of death (1.4 million deaths in 2019), especially for individuals with a compromised immune system, such as HIV patients. An estimated 10 million people fell ill from TB in 2019, despite the availability of a vaccine.

The WHO addressed the TB incidence as falling at about 2% per year with a cumulative reduction of 9% between 2015 and 2019, and about 60 million lives saved through TB diagnosis and treatment between 2000 and 2019.
Global Tuberculosis Report 2020 (WHO)
On the other hand, the multidrug- or rifampicin-resistant TB (MDR/RR-TB) detected and notified in 2019 was 10% higher than 2018. About half of the global burden of MDR-TB is in 3 countries, such as India, China and the Russian Federation.
The United Nations (UN) and the WHO have made a commitment towards ending the TB pandemic by 2030, by adopting WHO’s End TB Strategy and the UN Sustainable Development Goals (SDGs). The WHO strategy and SDGs include milestones and targets for large reductions in TB incidence, TB deaths and costs. Additionally, throughout the UN’s first-ever high-level meeting on TB in Sep 2018, a political declaration was made where SDGs and End TB Strategy were reaffirmed and new ones added. Global targets for the funding to be mobilized for TB prevention, care and research, and for the number of people to be treated for TB infection and disease, were set for the first time. 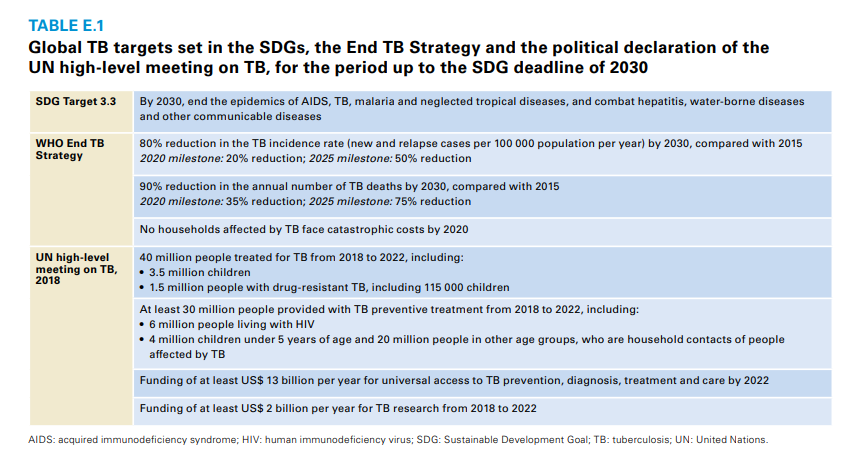 In 2019, there were about 30,000 cases of TB diagnosed, approximately 10% lower than the previous year. About 1,800 deaths in 2018 were reported, making TB the legal communicable disease of highest mortality in Korea. The number of TB patients in Korea has been decreasing for years but Korea still remains the country with the most or 2nd highest rates of TB incidence and mortality among the OECD members. 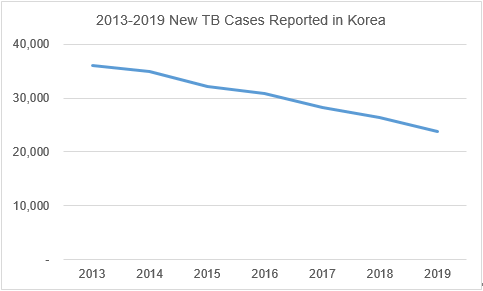 Although the situation is under better control, cases presented drug-resistance have been reported urging caution and sustained efforts to prevent their spread to the community. Additionally, the latent TB patients, in which about 10% are at risk of developing active disease, require proactive care and control.

In line with the global commitment, the Korean government has been promoting a campaign, ‘TB ZERO’, and established a goal to combat TB by 2030 and decrease the incidence rate from 40 to under 10 in 100,000. Prevention and early diagnosis, patient care and contacted person management, expansion of R&D, management of essential materials and strengthening the response system are defined as action plans. 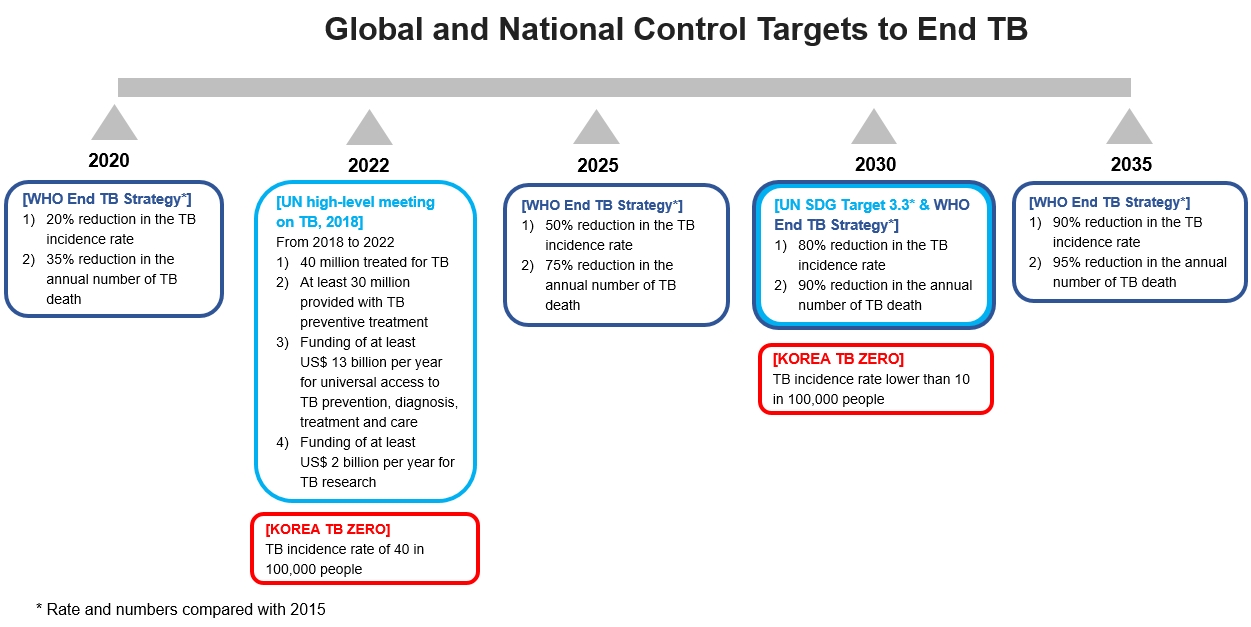 TB is a curable disease, but the antibiotic treatment is at least 6 months and must be completed to the end, to avoid relapse and acquisition of drug-resistance. A drug-resistant infection can take up to two years to cure and require additional antibiotics, including injections or drugs presenting more side-effects. 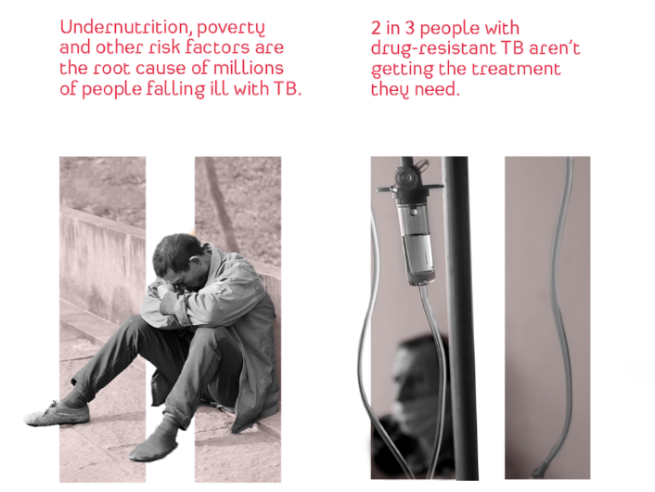 TB is considered as a disease of poverty, strongly affecting those most in needs. A robust health care system, strong patient monitoring and solid access to drugs are essential requirements for every countries to end the epidemic.

Unfortunately, political instability and other economic issues are preventing fair access to health care and driving a continued propagation of TB in endemic areas.
WHO World TB Day 2021 Campaign

Other research and development priorities that would be needed to ensure the rapid end of TB include the discovery of a new vaccine to lower the risk of infection, cheap and reliable diagnostic tests for use at the point of care, as well as simpler and shorter treatments for active TB, in particular drug-resistant TB.

At IPK, the Tuberculosis Research Laboratory, led by Dr. Vincent Delorme, focuses on the discovery of new compound of interest for the treatment of TB, aiming at bridging a gap between academics and the pharmaceutical industry. 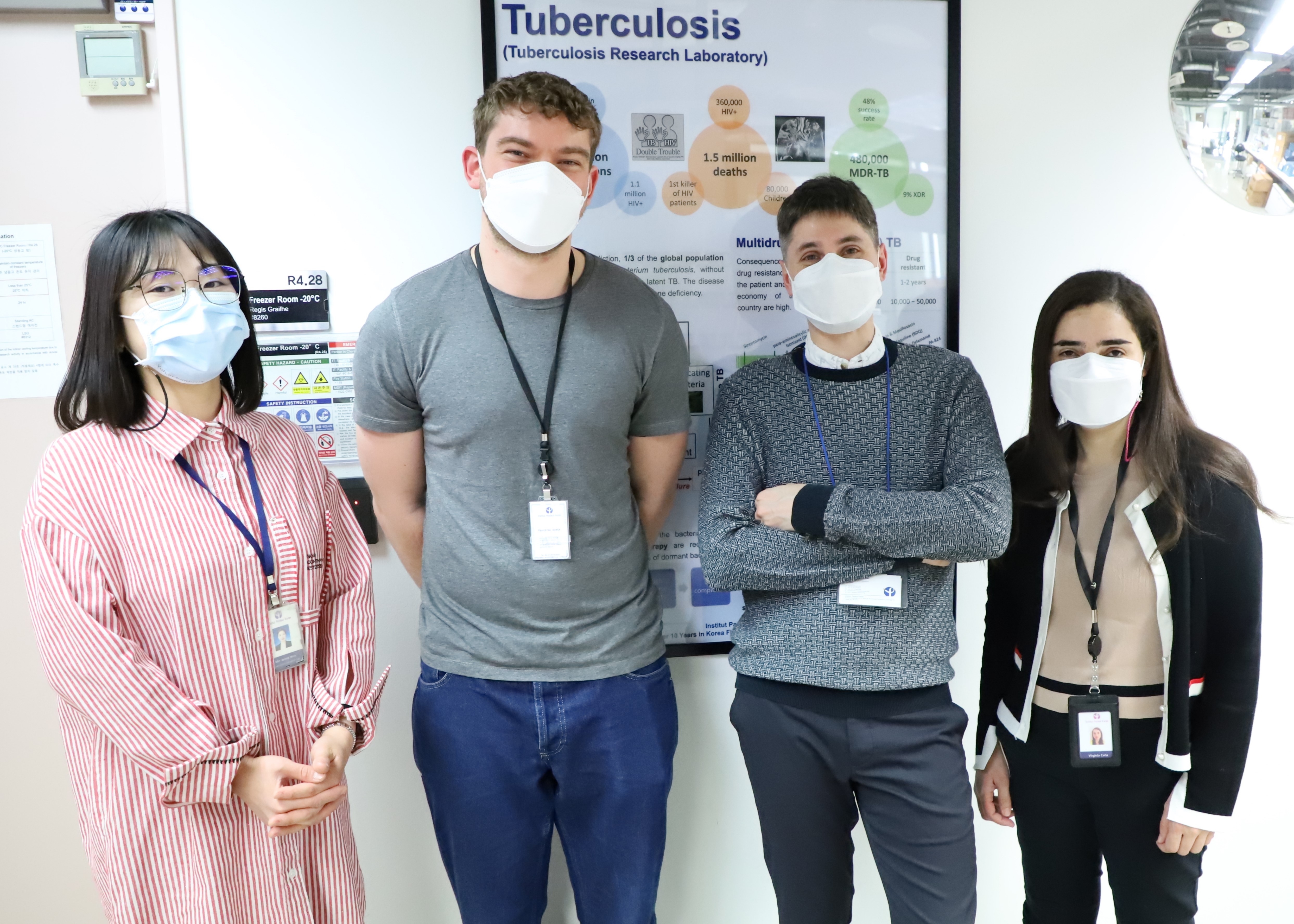 Members of the Tuberculosis Research Lab

Dr. Delorme and his team develop cellular infection models to study host-pathogen interactions and investigate drug mechanism of action to highlight relevant bacterial weaknesses. A series of drug screening campaigns from a wide variety of libraries, including chemicals, natural products, etc., are carried out to discover drug candidates with high potency against TB and the most promising ones go through further evaluations, including animal models. 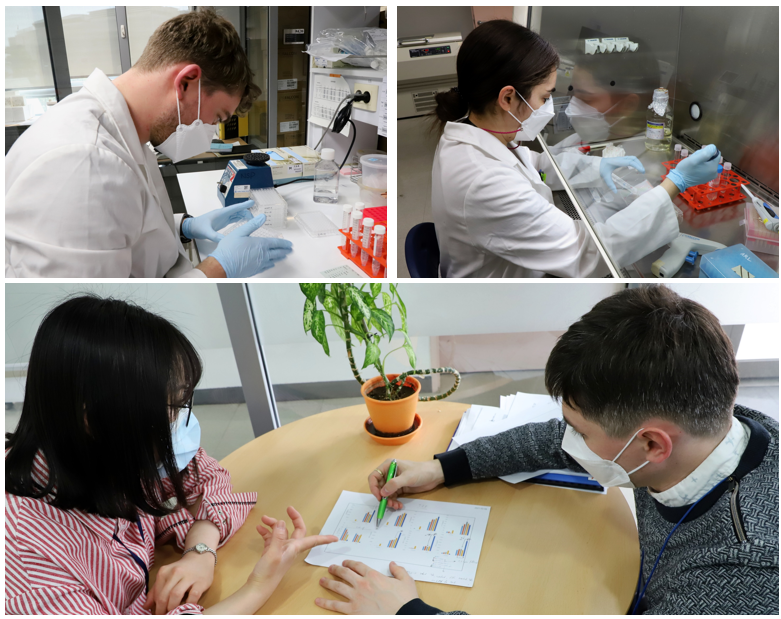 By helping researchers from around the world accessing state-of-the-art platforms and facilities, the research team accelerates the identification of active substances and provides support for their development as future drugs. In this context, we have, for example, on-going collaborations with chemists in Zambia, Kenya and Ethiopia, where TB is prevalent.

Additionally, researchers are working on developing protocols and assays in order to simplify and improve the process of drug evaluation, both in vitro and in vivo. 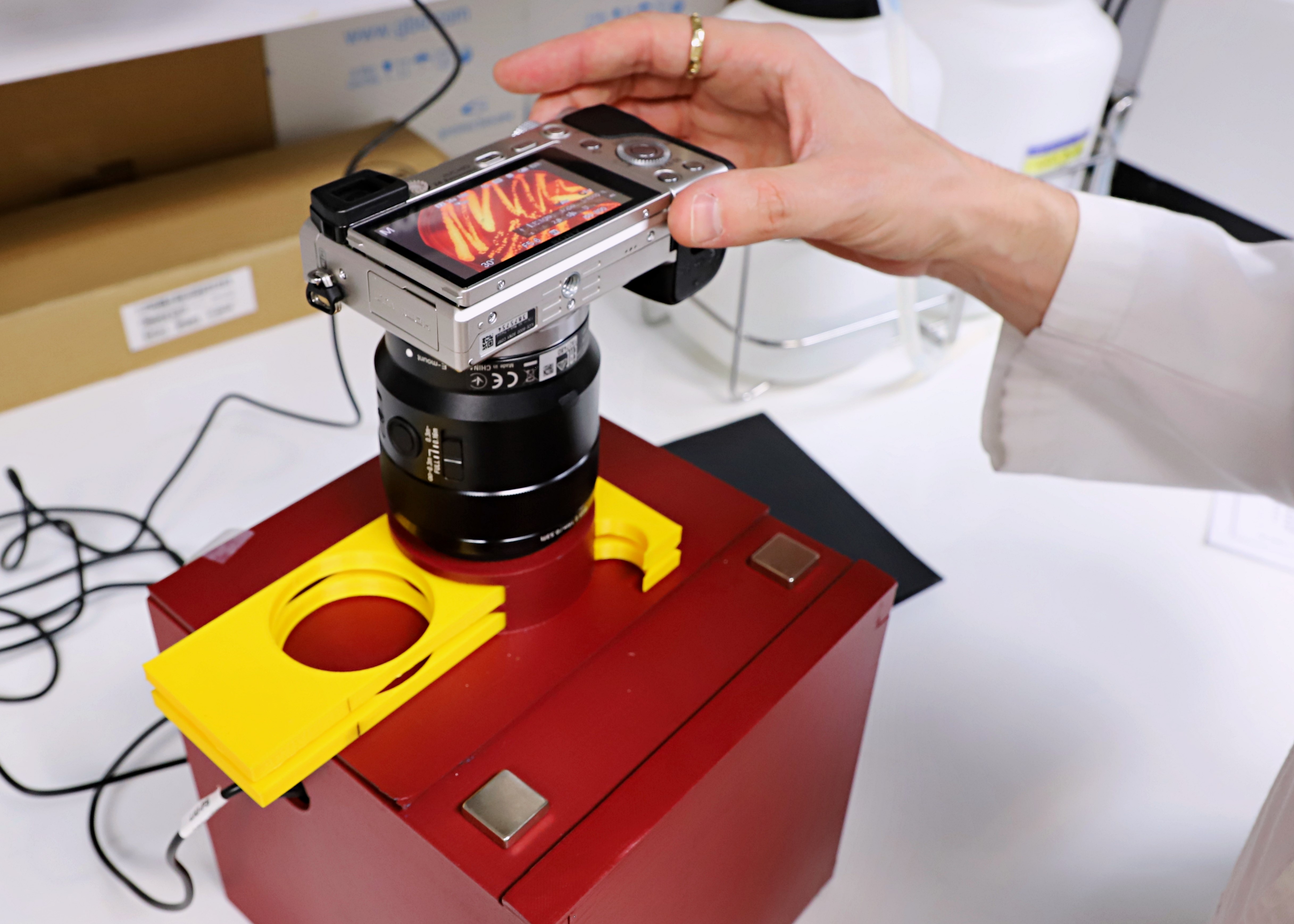 Researchers in collaboration with the Technology Development Platform of IPK are developing reporter strains, bacteria specifically modified to emit light, and a set of tools to help visualizing the bacteria in assay plates or in animals. In this context, an imaging box designed by Ms. Maylis Boitet, an IPK-UST PhD student supervised by Dr. Regis Grailhe (Technology Development Platform), allows us to take pictures of fluorescent bacteria using a set of lights, filters and cameras adapted to this purpose. This tool helps us leverage the power of the reporter strains for multiple applications, enabling the conduction of assays that were not possible in the past.

Moreover, the research previously carried out Tuberculosis Lab, Screening Discovery Platform and Medicinal Chemistry by at IPK led to the successful identification of a preclinical compound, Q203, now in clinical development by the Qurient Co. Ltd., a spin-off biotech company of IPK for the treatment of drug-resistant TB (Telacebec).

The Q203 is a first-in-class drug candidate found to be highly effective against both multi-drug-resistant (MDR) and extensively drug-resistant (XDR) Mycobacterium tuberculosis (TB) by the researchers of IPK. The cell-based phenotypic screening technology of IPK that utilized a physiologically relevant cellular disease model in combination with the knowhow in lead optimization and medicinal chemistry enabled the identification of chemical compounds that effectively killed TB in host macrophages. The results of this work were published in Nature Medicine in August 2013. 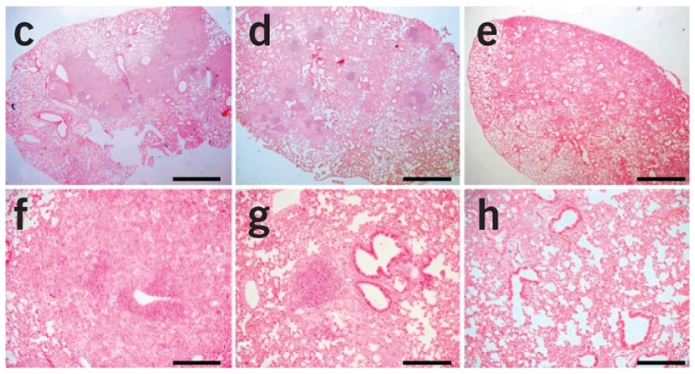 The Q203 (Telacebec) has received Orphan Drug Designation and Fast Track Designation from the U.S. FDA and completed the Phase 2a clinical trials. It is listed in the global clinical development pipeline reported in the WHO’s ‘Global Tuberculosis Report 2020.’ 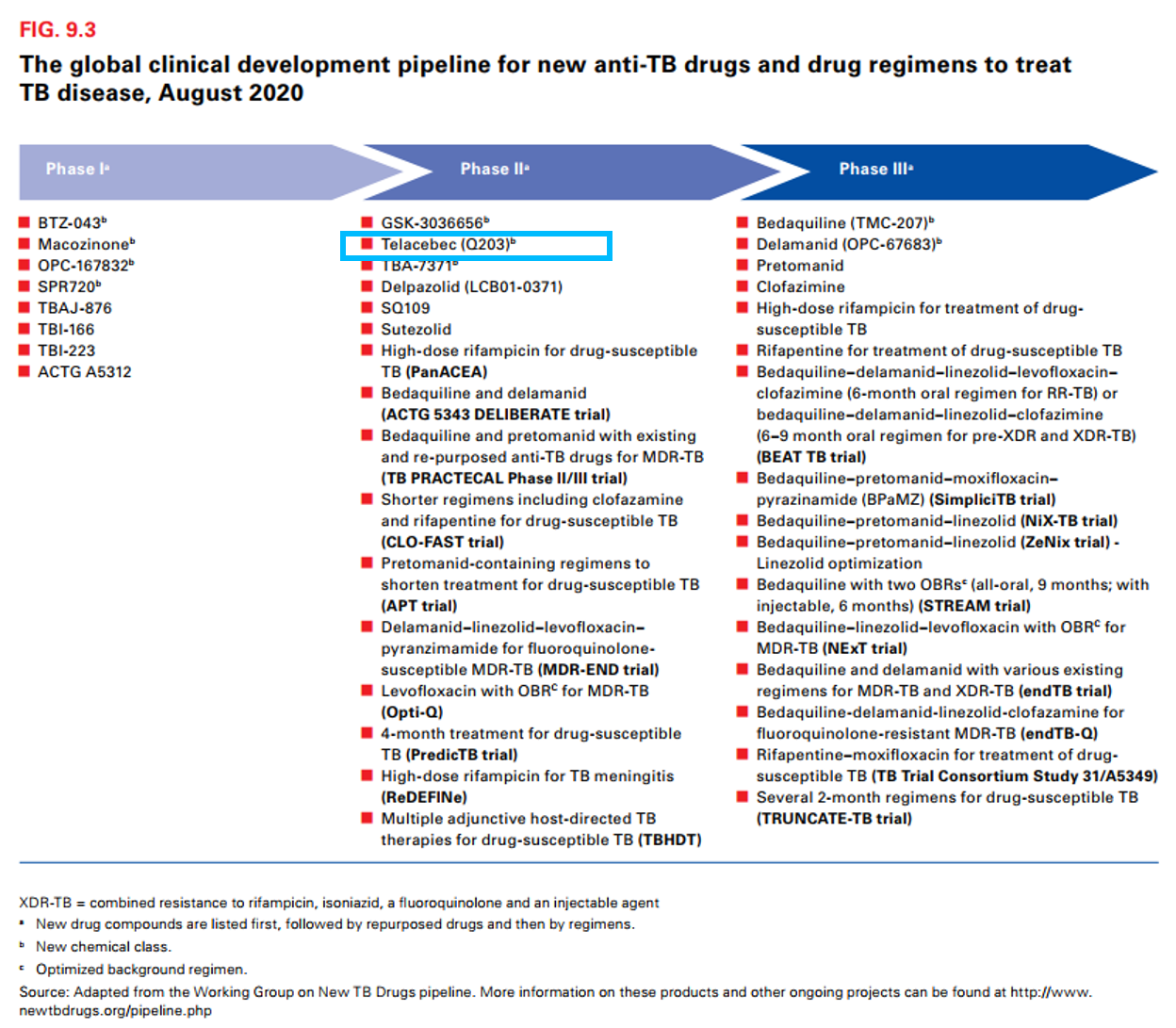 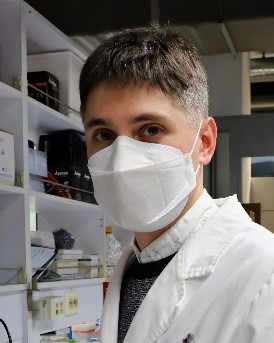 Dr. Delorme said, “We are working as hard as ever to help eradicate this disease within the next 10 years. We hope to identify additional drugs that will ultimately simplify and accelerate the treatment of TB”