The World Antimicrobial Awareness Week (WAAW) is celebrated from 18-24 November every year. It aims to increase awareness of global antimicrobial resistance (AMR) and encourage best practices of each and every one of us to avoid the further emergence and spread of drug-resistant infections.

https://www.who.int/campaigns/world-antimicrobial-awareness-week/2021
The first global action plan to address AMR was endorsed at the Sixty-eighth World Health Assembly in May 2015 with support from the AMR Tripartite organizations: The World Organization for Animal Health (OIE), the Food and Agriculture Organization of the United Nations (FAO), and the Pan American Health Organization (PAHO)/WHO. Later, November 18 to 24 was set as WAAW since 2020.

The theme of WAAW 2021 is ‘Spread Awareness, Stop Resistance’.     WHAT IS AMR (antimicrobial resistance)?

Antimicrobials are the medicines used to prevent and treat infections in humans, animals, and plants, including antibiotics, antivirals, antifungals, and antiparasitics. AMR occurs when bacteria, viruses, fungi, and parasites no longer respond to antimicrobials, making infections harder to treat. Once the medicines become ineffective, infections persist in the body, increasing the risk of extended hospital stays, spread to others, severe illness, and death. 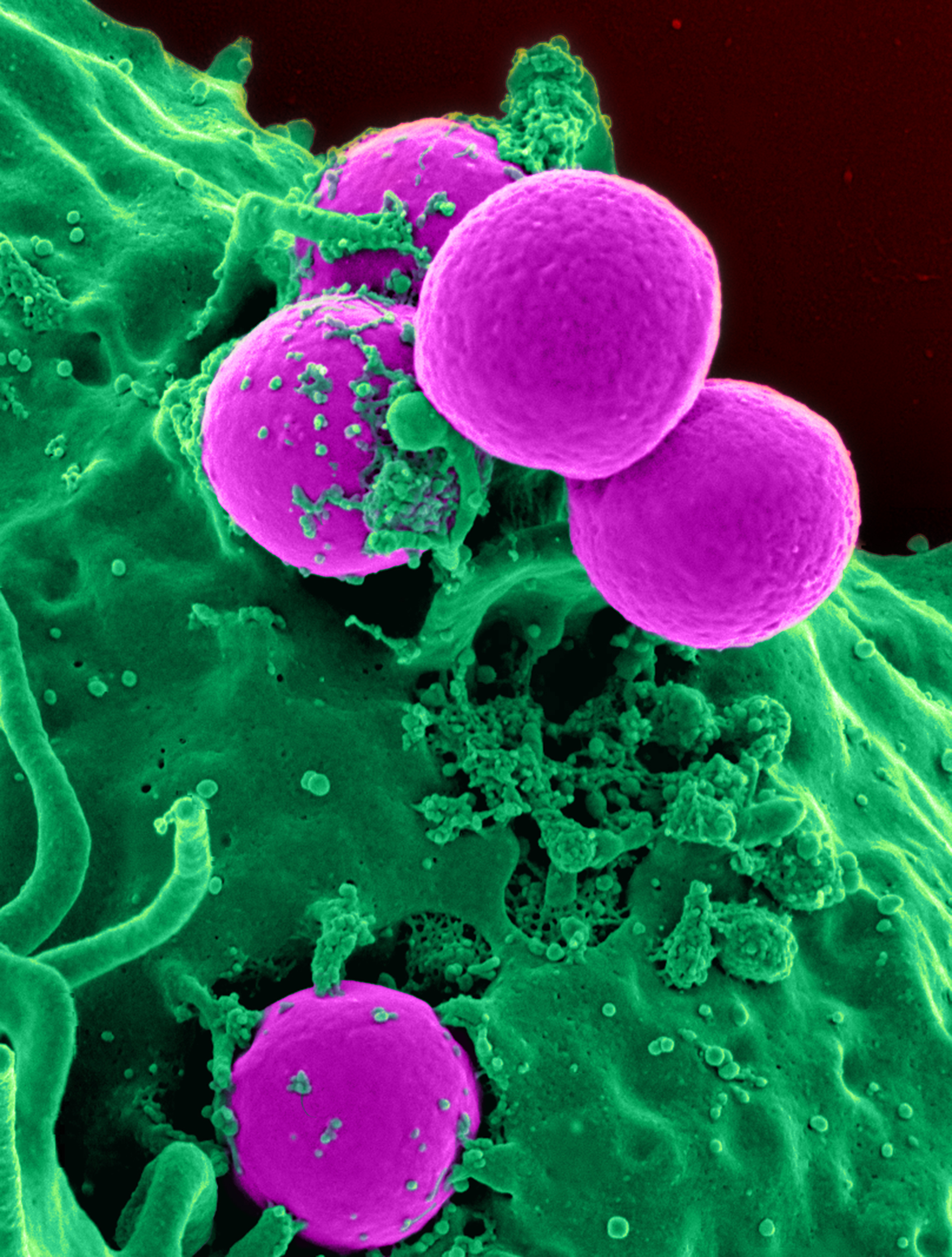 The microorganisms that develop antimicrobial resistance against most commonly prescribed medicines are referred to as “superbugs.” Superbugs cause infections that are difficult to treat with existing antimicrobials. Carbapenem-resistant Enterobacteriaceae (CRE), Methicillin-resistant Staphylococcus aureus (MRSA), Vancomycin-resistant Enterococcus (VRE), and Multidrug-resistant Pseudomonas aeruginosa are the superbugs currently cast a threat to our lives. Misuse and overuse of antimicrobials are the main drivers in the development of drug-resistant pathogens. Also, lack of clean water and sanitation and inadequate infection prevention and control promotes the spread of drug-resistant microbes.

In each year at least 700,000 people die globally due to antimicrobial resistance, and it has been estimated that by 2050 up to 10 million people could die annually from superbug infections. The yearly mortality of 10 million people surpasses the current mortality from heart disease or cancer. In the same aspect, the AMR is listed as one of the 10 global public health threats facing humanity reported by the WHO.

(Source: GARDP homepage)
The AMR’s socio-economic impact will be tremendous. The UK’s Review on Antimicrobial Resistance (by Jim O’Neill) projected that the lost economic potential due to AMR between 2015 and 2050 could be a staggering $100 trillion, higher than the entire global GDP in 2020. Domestic Status The risk of AMR in Korea is accelerating. According to the government’s latest announcement* on Nov 2021, the Vancomycin-resistant Enterococci (VRE) rate increased from 26.0% in 2007 to 40.9% in 2019, and the number of reports of Carbapenem-resistant Enterobacteriaceae (CRE) that first reported Korea in 2010 has increased rapidly with 18,904 cases in 2020.
* Press Release (Nov. 8, 2021) by Multi-ministries including the Ministry of Health and Welfare, titled “Protecting public health from antibiotic-resistant bacteria”  In particular, the announcement pointed out that the antibiotic resistance rate of nursing hospitals was reported higher than that of general hospitals among major pathogenic bacteria. Although the MRSA resistance rate decreased, Korea was still ranked first among high-income countries with a record of resistance rate in nursing hospitals as high as 86.0% in 2019. Additionally, in 2019, the amount of antibiotics used by humans in Korea was rated the 3rd highest among 29 OECD countries. 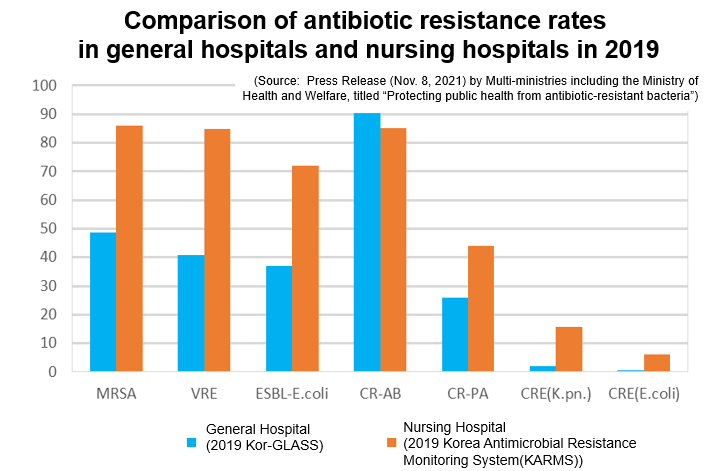 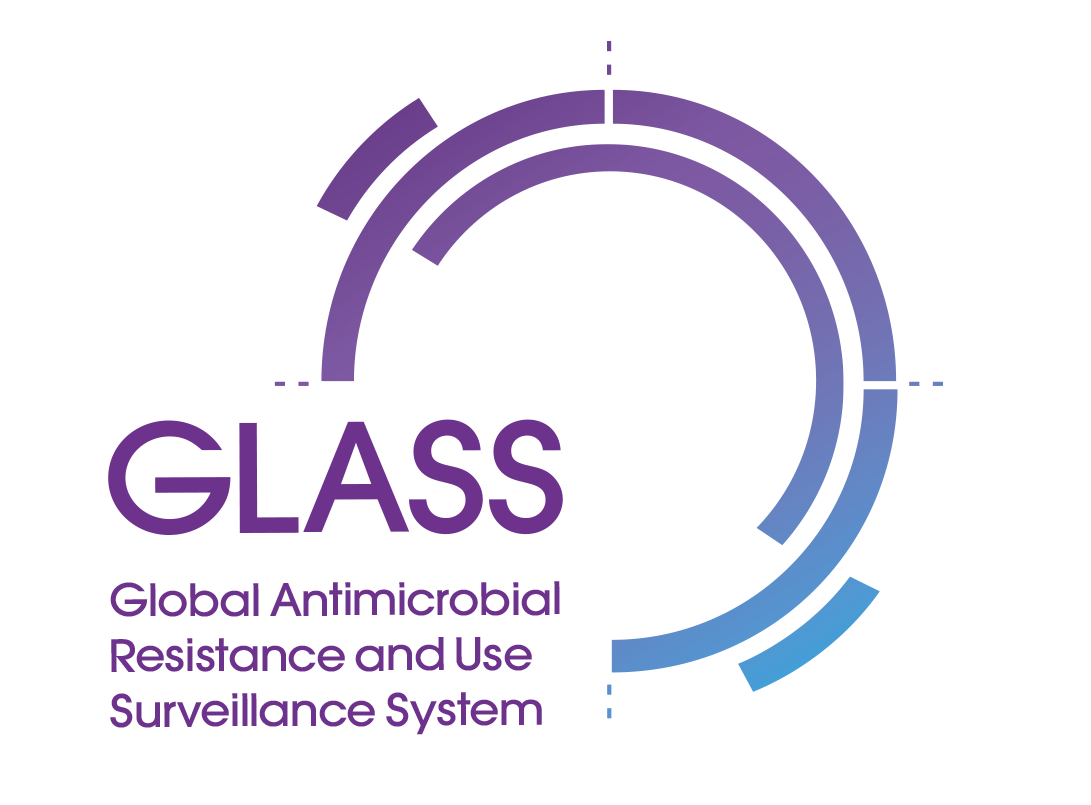 Based on the understanding that surveillance is a key to assessing AMR's spread, and informing and monitoring the impact of local, national, and global strategies, WHO launched the Global Antimicrobial Resistance and Use Surveillance System (GLASS) in 2015. GLASS is the first global collaborative effort to standardize AMR surveillance, providing standards for the collection, analysis, interpretation, and sharing of data by countries. It aims to support capacity building, monitors the status of existing and new national surveillance systems, and promote a shift from surveillance approaches based solely on laboratory data to a system that includes epidemiological, clinical, and population-level data.
Global Antibiotic Research and Development Partnership, GARDP

Created by the World Health Organization (WHO) and Drugs for Neglected Diseases initiative (DNDi) in 2016, the Global Antibiotic Research and Development Partnership (GARDP) accelerates the development of new treatments for drug-resistant infections.
With a focus on research and development, public health-oriented partnerships, and sustainable access, GARDP is targeting to deliver 5 new and improved treatments by 2025. 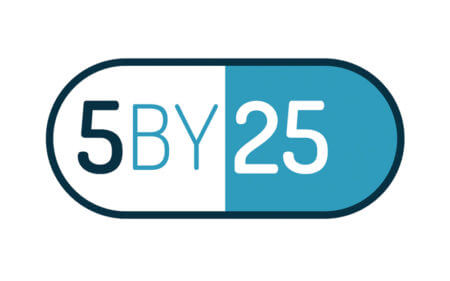 GARDP works with partners to ensure sustainable access to treatments, promoting responsible use and affordability to all in need. Since 2018, Institut Pasteur Korea has been collaborating with GARDP in screening, discovery, and validation of antibiotic candidates leveraging its image-based screening platform. Partnered with global pharmaceutical companies in Asia, including Eisai Co., Ltd., and Takeda Pharmaceutical Company Ltd., this collaboration provides opportunities to effectively evaluate the vast chemical libraries of the industry and identify potent drug candidates.

Domestic Response  In response to AMR, the Korean government implemented various strategies, including the One Health Multi-ministerial Joint Response Project for Antibiotic-resistant bacteria to facilitate human-animal-environment resistance R&D and establish national management measures along with the 1st National Antimicrobial Resistance Management Measure (2016~2020). These efforts led to a reduction of antibiotic usage, including the prescription rate for acute upper respiratory tract infection (cold), and the initiative of Kor-GLASS, Korea’s drug-resistance microbial surveillance system for sample collection and analysis designed on the basis of based on the WHO’s GLASS Manual.

Starting 2021, the 2nd National Antimicrobial Resistance Management Measure (2021~2025) is enacted. Furthermore, Korea is playing a major role in AMR international response as the National Institute of Health, Korea Centers for Disease Control and Prevention was designated as WHO Collaborating Centre for AMR Reference and One Health Research in 2021. 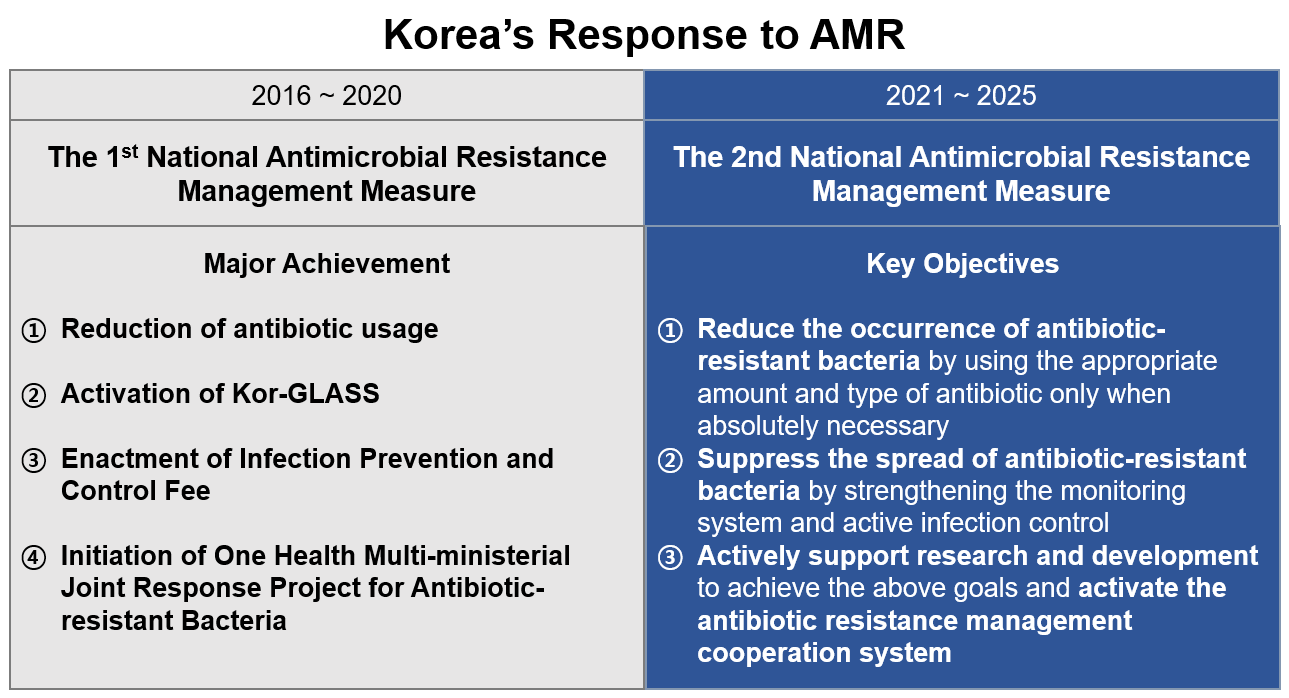 TREATMENT OPTIONS   When infections no longer respond to common antibiotics due to drug resistance, only limited treatment options are available, including empirical combination therapy of multiple drugs, plasmapheresis, and intravenous immunoglobulin (IVIG).

According to The Pew Charitable Trusts’ latest figures, among the 43 candidate antibiotic molecules in development, only 1 in 4 represented a new mechanism of action and none of them were active against Gram-negative bacteria.

Thus, first-in-class drugs with a new mechanism of action are needed urgently to combat AMR. 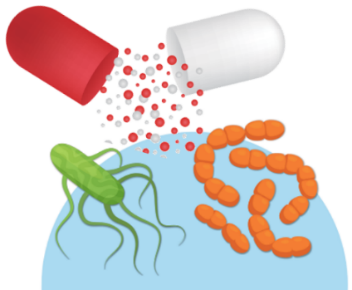 Targeting the notorious superbugs including Staphylococcus aureus, Pseudomonas aeruginosa, Acinetobacter baumannii and Klebsiella pneumoniae, ARL’s research is focused on discovery of new antibacterial agents with novel targets through development of innovative screening systems as well as investigation of antibiotic resistance in the community.
Discovery of new antibacterial molecules
ARL has been working with various domestic and international partners to discover new antibacterial molecules that are active against most problematic antibiotic resistant bacteria such as methicillin-resistant Staphylococcus aureus (MRSA), vancomycin-resistant Enterococcus (VRE), and carbapenem-resistant Enterobacterales (CRE).

In recent years, ARL developed new antibacterial molecules that have high potency against MRSA and VRE and licensed out the new drug candidates to a bio-venture company in Korea.
<<Go to Press Release>
Gram-negative bacteria are bacteria that do not retain the crystal violet stain used in the Gram staining method of bacterial differentiation. If not treated, gram-negative bacteria can lead to serious problems and death. Gram-negative bacteria is one of the “critical threat pathogens” identified by WHO.
List

Institut Pasteur Korea participate in the “Consortium of...