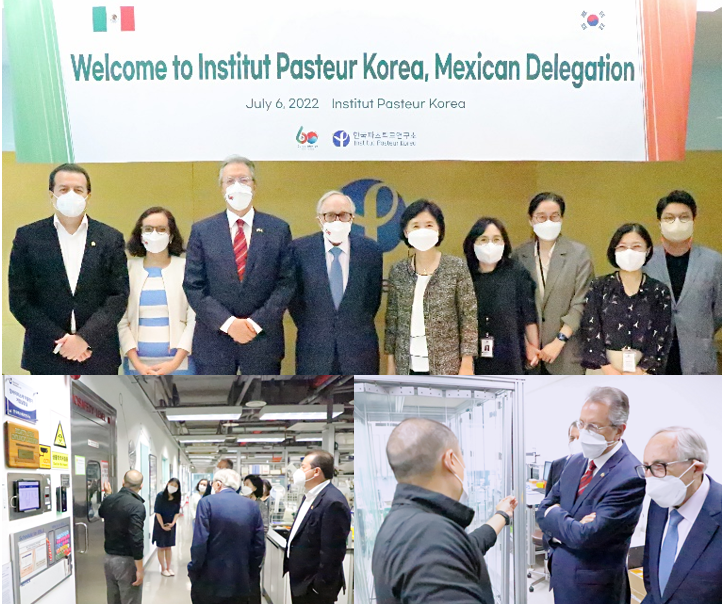 IPK introduced its role as a research hub for infectious diseases, including the COVID-19 drug discovery research and domestic and international cooperation based on the Pasteur Network. The participants also shared ideas to identify common research fields and strategies for research collaboration.

In particular, among the delegations, the National Institute of Medical Science and Nutrition Salvador Zubirán has been collaborating on the international clinical trials of the COVID-19 drug candidate identified by IPK. In order for rapid development of the COVID-19 therapeutics, IPK established a global collaborative framework connecting the experts and pharmaceutical companies in Korea, including Chong Kun Dang, Daewoong Pharmaceutical, and Korea Institute of Radiological and Medical Sciences (KIRAMS), with the clinical experts in Mexico. Dr. Kershenobich shared the latest status of the clinical trial of nafamostat and camostat in Mexico and discussed future plans. Domestic partners such as Chong Kun Dang and KIRAMS also participated in this discussion.