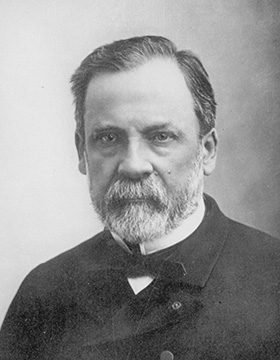 Louis Pasteur, a qualified chemist, was behind the most important scientific revolutions of the 19th century in the fields of biology, agriculture, medicine and hygiene. Beginning with his research on crystallography, he soon embarked on a journey that led him to develop the rabies vaccine. His life was filled with revolutionary discoveries and was also marked by events that likely fueled his desire to understand the diseases of his time.

A tireless and dedicated scientist, he traveled extensively to prove his theories and solve agricultural and industrial problems caused by infectious diseases.

With dedication to excellence in science and public services, he founded the Institut Pasteur, a nonprofit research organization, in 1887. Since Nobel Prizes were first awarded in 1901, Institut Pasteur has received ten. Louis Pasteur’s scientific excellence and vision has spawned a network of 33 institutions worldwide, named the Pasteur Network, devoted to public health and basic science.