Dr. Youngmee Jee visited France, including the Institut Pasteur in Paris, for a discussion on strengthening cooperation in science and technology between Korea and France

PDF Download
Dr. Youngmee Jee visited France, including the Institut Pasteur in Paris, for a discussion on strengthening cooperation in science and technology between Korea and France


Dr. Youngmee Jee, the CEO of Institut Pasteur Korea, traveled to France from the 19th to the 26th of July to visit Institut Pasteur in Paris and the International Thermonuclear Experimental Reactor (ITER) in  Cadarache in southern France, and attend the 2022 Europe-Korea Conference on Science and Technology (EKC). 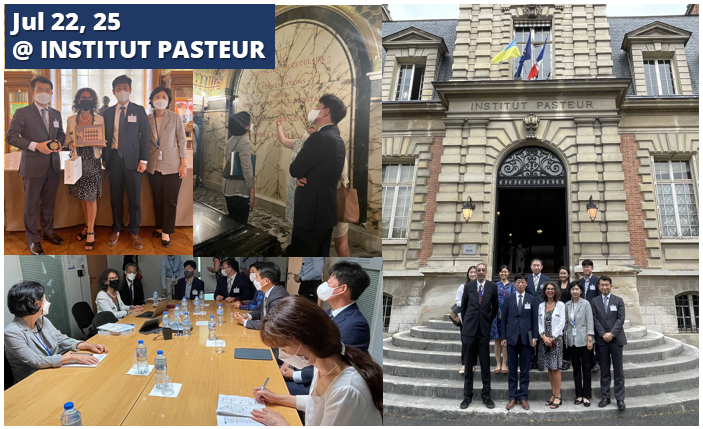 Dr. Jee visited Institut Pasteur on the 22nd and 25th. On this visit, a Korean delegation, consisting of the representatives of the science and technology community in Korea, including the Vice-Minister Oh Tae-seok of the Ministry of Science and ICT and President Kim Myung-joon of the Electronics and Telecommunications Research Institute (ETRI) was joined. Dr. Jee and the delegation met with Dr. Rebecca Grais, Executive Director of the Pasteur Network, and Dr. Isabelle Buckle, Executive Vice-President of Technology Transfer and Industrial Partnership at Institut Pasteur, to discuss strengthening cooperation in science and technology between Korea and France. They also toured the main facilities of Institut Pasteur, such as the Louis Pasteur museum. In particular, as the year 2022 is the 200th anniversary of the birth of Dr. Louis Pasteur, Vice-Minister Oh delivered a Louis Pasteur commemorative stamp, which the Korea Post is preparing to issue on his coming birthday in commemoration of his scientific legacies. 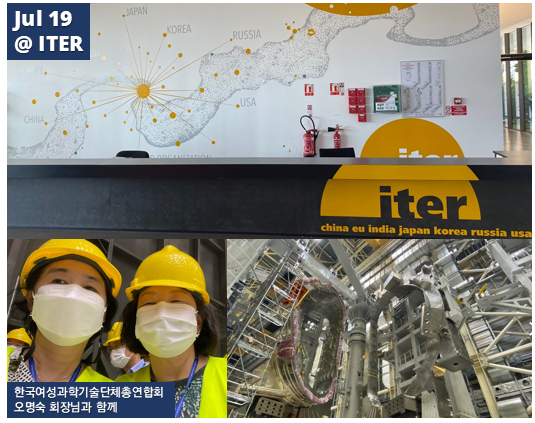 Earlier, on the 19th, Dr. Jee visited ITER and toured the construction site of the nuclear fusion test reactor. ITER is an international nuclear fusion research and engineering megaproject aimed at generating electricity with the feasibility of fusion power as a large-scale, carbon-free source of energy. The project has been carried out with the support of the International Atomic Energy Agency (IAEA) since the late 1980s, and the EU and 6 countries, including Korea, are participating. ITER aims to initiate the plant operation by 2035. 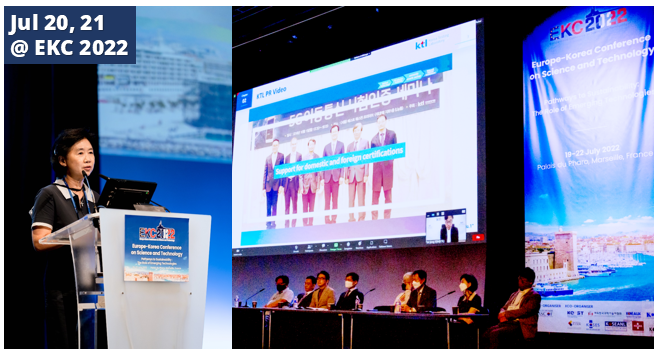 On the 20th and 21st, Dr. Jee attended the 2022 Europe-Korea Conference on Science and Technology and presented the topics of 'IPK's State-of-the-art drug screening platform for infectious diseases and beyond' and 'Equality in the global public health field.'